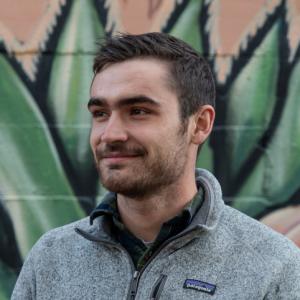 Anthony J. Wallace is a native Phoenician with a bachelor’s degree in philosophy from Northern Arizona University and a master’s degree from ASU's Walter Cronkite School of Journalism. Before starting a career in journalism and podcast production, he spent 10 years in a touring rock band. Through his own struggle with chronic illness, he became fascinated with health care and its intersections with science, culture, politics, and the environment.

His work as a reporter/producer for Hear Arizona includes a ten-part series entitled "The State of The Arts Arizona" which began with the pandemic's impact on Arizona's arts, music, and culture industries and concluded with looking ahead to the future. If necessary, Anthony will compose original music to enhance podcast episodes. He is also reporting and producing Hear Arizona's "InHospitable" podcast series which reveals how climate issues impact people's day-to-day lives in the greater Phoenix area.

State of the Arts Arizona